A Bullish View With Broadening Breadth. . . But is a Change of the Guard at Hand? - Chaikin Analytics
Skip to content

If you ignored the noise, or were at least aware of how the market was positioned relative to the prevailing narrative, last Friday was a day to become more aggressive on the long side of the portfolio. The SPDR S&P 500 ETF (SPY) moved up and out of the consolidation that had marked trading after the 10% or so correction from the early September highs. As we have been writing, a break to the upside opens the door (ie: the odds are now higher) to a move to the highs and likely beyond. 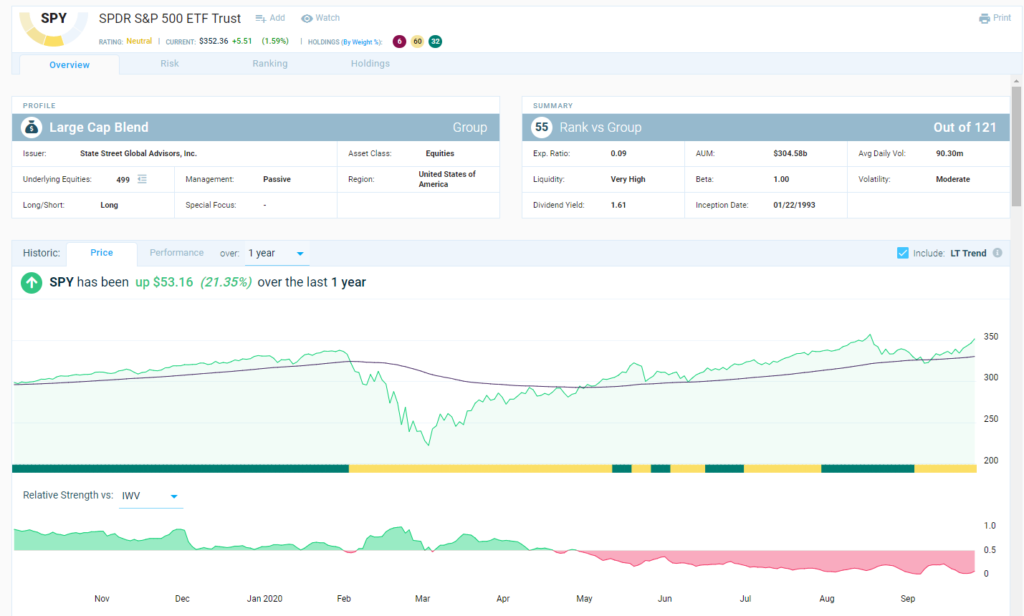 This is not a conclusion that we reach simply by looking at one chart, but rather we have been connecting the breadth dots over the past week. One of the biggest knocks to the bull run from the March lows was the lack of broad participation and the fact that strength was concentrated in the largest names (think FAN-MAG). Then an interesting thing began to happen, while everyone was piling into the mega-cap leaders, some investors began to rotate. First into the cyclical areas of the market that benefit from rising inflation (Materials should be familiar to long-time readers). Then there was a subtle shift into the Industrials (on which we became more bullish about six weeks ago). Now, the small caps have joined the party and this is a group that could substantially benefit even if only a small portion of the money that has chased the mega-caps finds its way down the cap spectrum.

In an even more interesting turn of events, the iShares Russell 2000 ETF (IWM) saw its rating move to bullish from neutral over the weekend. There have been fits and starts in this rating since the March lows, but it is now playing out as the fund is nearing the highs from earlier this year, before the COVID pandemic forced investors into the biggest, fastest growers in the market. There is an added kicker in the fact that IWM is seeing the intensity of its leadership relative to SPY increase. 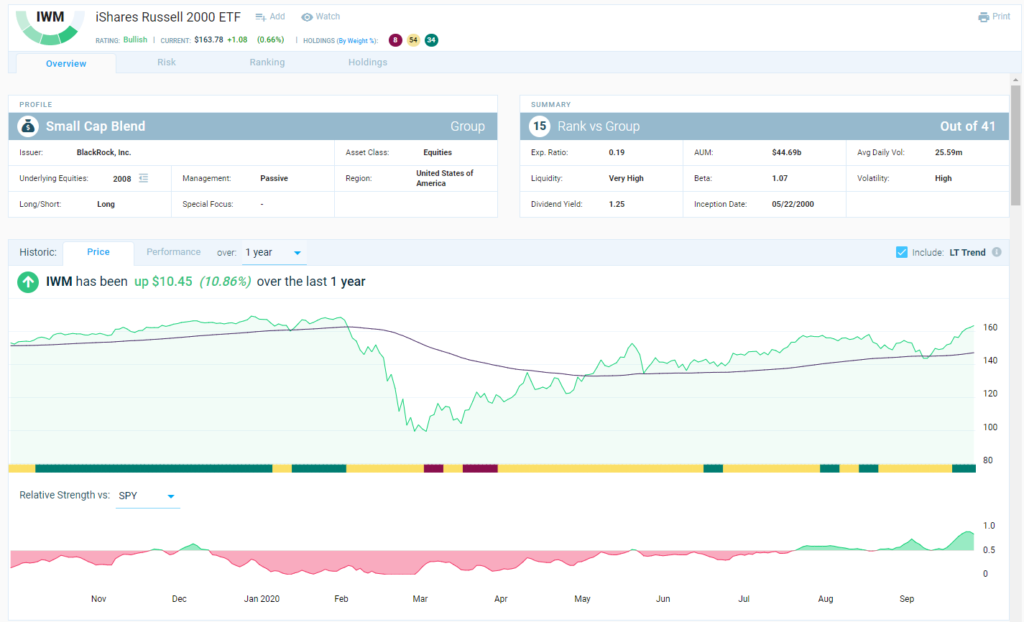 By itself, this rating change is not all that interesting, but there was another important change in the model over the weekend. The Invesco QQQ Trust (QQQ) saw its rating turn neutral from bullish. The only other time in the past 12 month that QQQ was not on a buy rating was during the height of the pandemic sell-off.

All of this is playing out as breadth metrics for the S&P 500 continue to improve. As we can see in this chart, across timeframes, a healthy majority of stocks in the index are in uptrends. 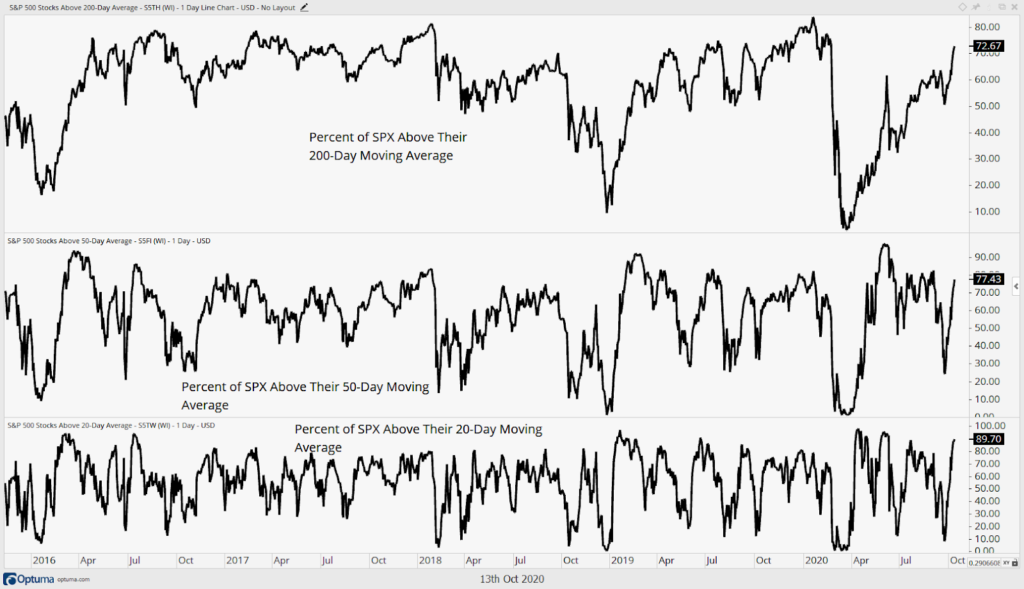 Needless to say, our bullish view on equities in the US remains intact. There has also not been anything over the past week to make us alter our view on the themes and sectors on which we have been most bullish.