ESG Investing: A Theme That is Likely Sustainable - Chaikin Analytics
Skip to content

As I wrote in this post last week, I love thematic investing. Especially if it is a theme that is likely to be sustainable. When a topic keeps coming up in my day-to-day reading, I generally sit up and take notice.

One topic that I continue to read about is ESG Investing. The CFA Institute  gives us a good overview of what is ESG investing:

ESG stands for Environmental, Social, and Governance. Investors are increasingly applying these non-financial factors as part of their analysis process to identify material risks and growth opportunities. ESG metrics are not commonly part of mandatory financial reporting, though companies are increasingly making disclosures in their annual report or in a standalone sustainability report. Numerous institutions, such as the Sustainable Accounting Standards Board (SASB), the Global Reporting Initiative (GRI) and CDP are working to form standards and define materiality to facilitate incorporation of these factors into the investment process.

While not an exhaustive list, here are some of the issues that the CFA Institute believes ESG Investors are focused on: 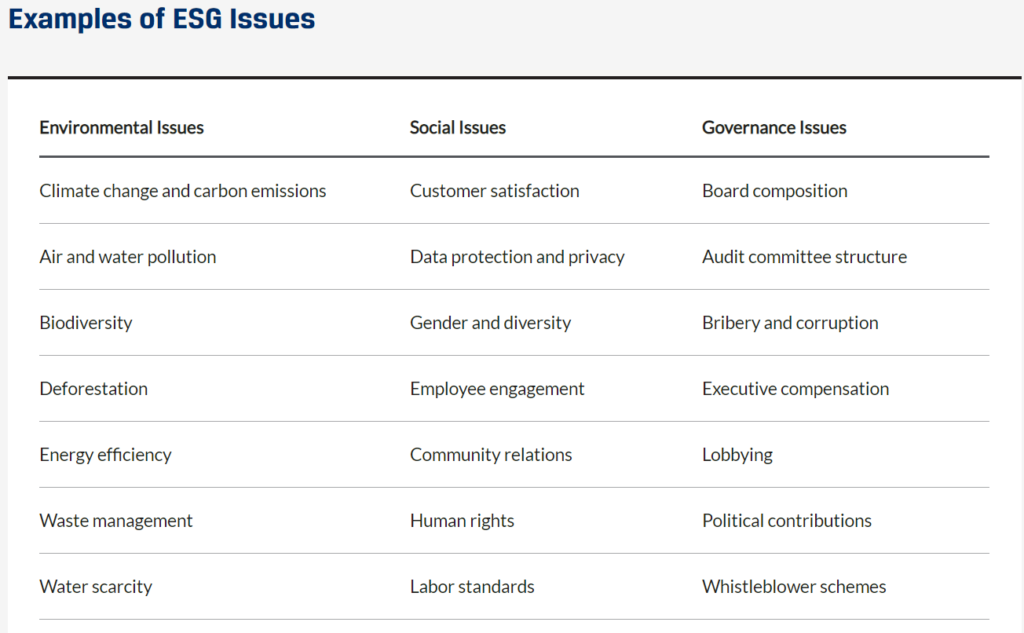 More and more, investors want their investments to match their ideals. Interestingly, CEOs are taking notice. Back in August, this headline appeared above a story in the business section of  the NY Times:

Shareholder Value Is No Longer Everything, Top C.E.O.s Say

The story followed a meeting of nearly 200 CEOs from some of the largest companies in the world including Apple, Pepsi and Walmart known as the Business Roundtable. I encourage you to read the article if you haven’t already but the key point can be summed up in this paragraph:

Breaking with decades of long-held corporate orthodoxy, the Business Roundtable issued a statement on “the purpose of a corporation,” arguing that companies should no longer advance only the interests of shareholders. Instead, the group said, they must also invest in their employees, protect the environment and deal fairly and ethically with their suppliers.

According to Vanguard, for investors in the United States, there are more than 350 ESG funds and ETFs (exchange-traded funds) available, representing $89 billion in assets under management.

And it is not just the business media and financial companies that are focused on this theme. In June of this year, U.S. New and World Reports ran a feature of seven socially responsible ETFs that investors can consider: 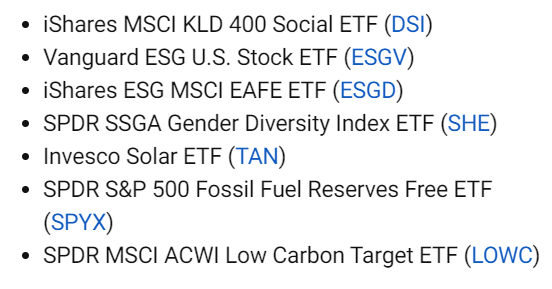 I wanted to look at this theme through the analytical process that we use everyday at Chaikin Analytics. Unfortunately, because the funds listed above hold some stocks that are not listed in the U.S., we don’t have an ETF Rating for them yet.

However, there is a fund that plays on the ESG theme that we do rate. The iShares ESG MSCI USA ETF (ESGU) has a Bullish ETF Rating and has recently begun to outperform the SPY. The fund has 68 stocks that have bullish ratings based on our 20-factor model and is trading near a 52-week high. 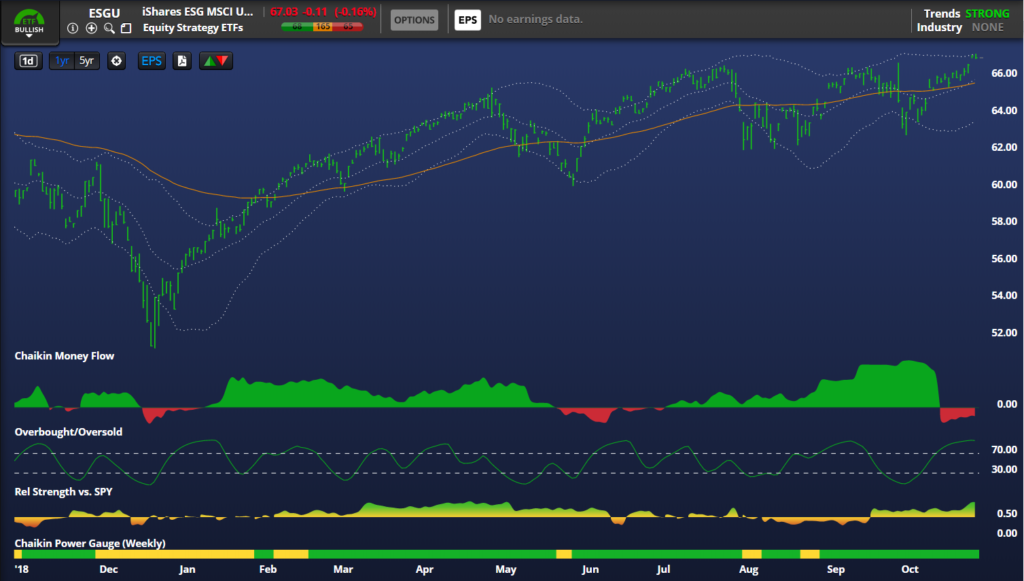 With investors and now CEOs taking notice, it stands to reason that ESG investing is theme that we are likely to hear more about in the coming years. And while I do believe that the concept of stakeholder value is extremely important, as with any theme, there are going to be winners and losers. Just looking at the holdings of ESGU, while 68 stocks in the fund have bullish ratings, there are also 65 that have bearish ratings in our model.

How important are the ESG issues to you as an investor? Drop us a comment!