If You Could Only Have One Chart as a Market Indicator, What Would it Be? - Chaikin Analytics
Skip to content

I was once asked which are the key charts that I used to develop my view on the market and how likely a trend is to continue or reverse. I included the usual suspects such as High Yield bonds (a proxy for risk appetite), the Advance / Decline Line (to get a sense of underlying participation in the trend) and Sector Rotation charts (to get a sense of leadership). I ended with a chart of the Semiconductors relative to the S&P 500.

We have all heard that the price of copper is an important economic indicator, and while I know that the economy is not the market (and vice versa), the two are closely aligned. I have been arguing of late that semiconductors are as important, if not more so, for getting a read on the global economy. Semiconductors are pervasive in our lives even though we don’t usually see them. Some of the more curious readers here may have actually taken apart a phone or a PC and looked at the inner workings of these devices but that is well above my head, honestly.

Here what I found when I did a quick search for where semiconductors are used:

How semiconductors are used in everyday life? Since a semiconductor itself is not sold in stores as electrical appliances, it may be hard to understand, but in fact it is used in many electric appliances. For example, temperature sensors used in air conditioners are made with semiconductors. Rice cookers cook rice perfectly because semiconductors control the temperature precisely. CPUs that operate personal computers are also made with semiconductors. Many digital consumer products in everyday life such as mobile phones / smartphones, digital cameras, televisions, washing machines, refrigerators and LED bulbs also use semiconductors. In addition to consumer electronics, semiconductors play a central role in the operation of bank ATMs, trains, the internet, communications and other parts of social infrastructure, such as the medical network used for the care of elderly, among other things. Furthermore, efficient logistics systems help save energy and promote the preservation of the global environment.

And according to this report from Deloitte, the uses of semiconductors continue to expand:

Semiconductors are essential technology enablers that power many of the cutting-edge digital devices we use today. The global semiconductor industry is set to continue its robust growth well into the next decade due to emerging technologies such as autonomous driving, artificial intelligence (AI), 5G and Internet of Things. The semiconductor sector’s growth trajectory will flatten somewhat as demand for consumer electronics saturates. However, many emerging segments will provide semiconductor companies with abundant opportunities, particularly semiconductor use in the automotive sector and AI.

So it is clear that semiconductors are becoming more important in our lives and more important, in my opinion, to the global economy. But that is only partially the point that I am trying to make. The key point is how we can use this information to come up with a view on the market and its likely direction.

If I could only look at one chart to form a view on the market, it would be this one. The line in the main area of the chart is a ratio of the VanEck Semiconductor ETF (SMH) relative to the S&P 500. When the line is rising, SMH is outperforming the market. The area at the bottom of the chart shows an indicator of the ratio’s momentum. We can see that the ratio is moving higher and so is its momentum. 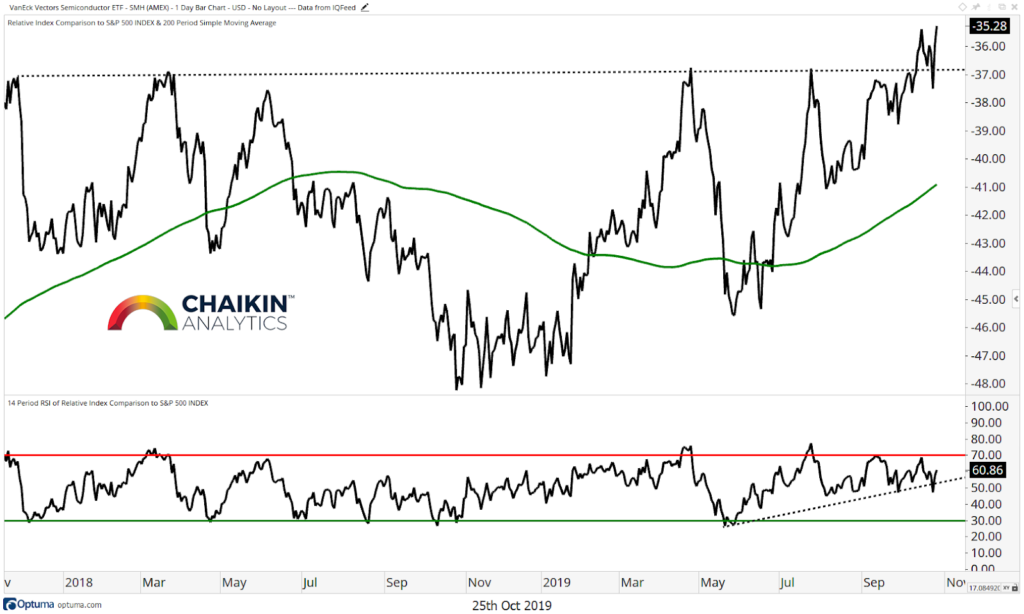 But how does this help me with my market view? In this chart, the ratio from above (black line) is shown with the S&P 500 (red line) in the top panel. The 52-week correlation of the two is shown in the bottom panel. While not perfect, generally speaking, there is a positive correlation between them over time. When semiconductors are leading the market, the market should be rising as well. 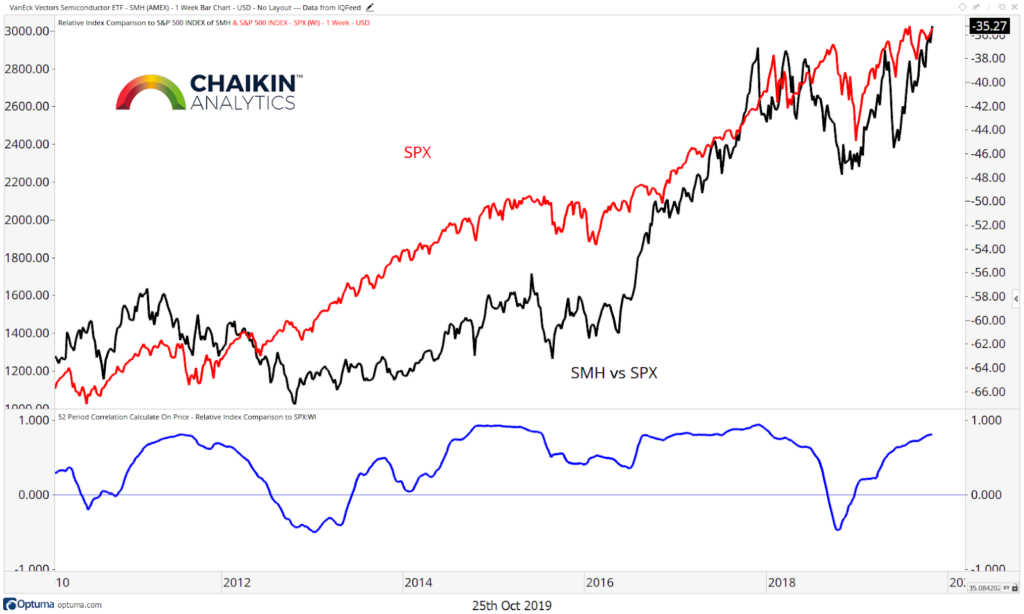 Now the question is, how likely is the trend of semiconductor outperformance to last? Here we can see that SMH is breaking to new highs on an absolute basis. The fund also has a Bullish Chaikin ETF Power Gauge Rating along with a Bullish Power Bar Ratio (more bullish than bearish stocks based on our 20-factor model). Based on this information, we can assume that the trend is likely to persist. 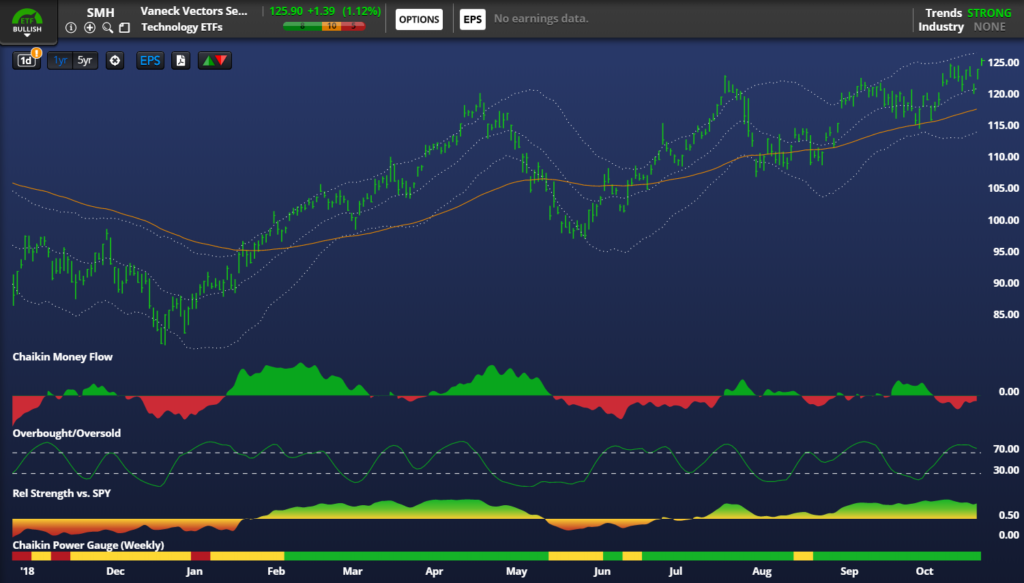 To the extent that semiconductors continue to lead the market, odds favor the market moving higher as well. So while we may continue to refer to it as Dr. Copper because it has a Ph.D in Economics, I am of the opinion that there is room on the faculty for another professor.