Major Averages Fall by More Than 9%, The Four-Week Decline is on Par With the Global Financial Crisis - Chaikin Analytics
Skip to content

US equities finished sharply lower on Thursday, with the major averages all finishing down by more than 9% following the second, circuit breaker induced, trading halt this week. Energy, Financials and Industrials were the worst performers. Health Care held up best but was still down over 7%. Treasuries were mixed with the curve steepening. The dollar was stronger on the major crosses. Gold finished down 3.2%. WTI Crude settled down 4.5%.

Just how historic is the period that we currently find the market? Looking back over the past 20-years of data for the S&P 500, the current four-week decline stands at over 26%. This is on par with the 29% decline that was witnessed in October 2008 which followed the fall of Lehman Brothers and the beginning stages of the Global Financial Crisis. 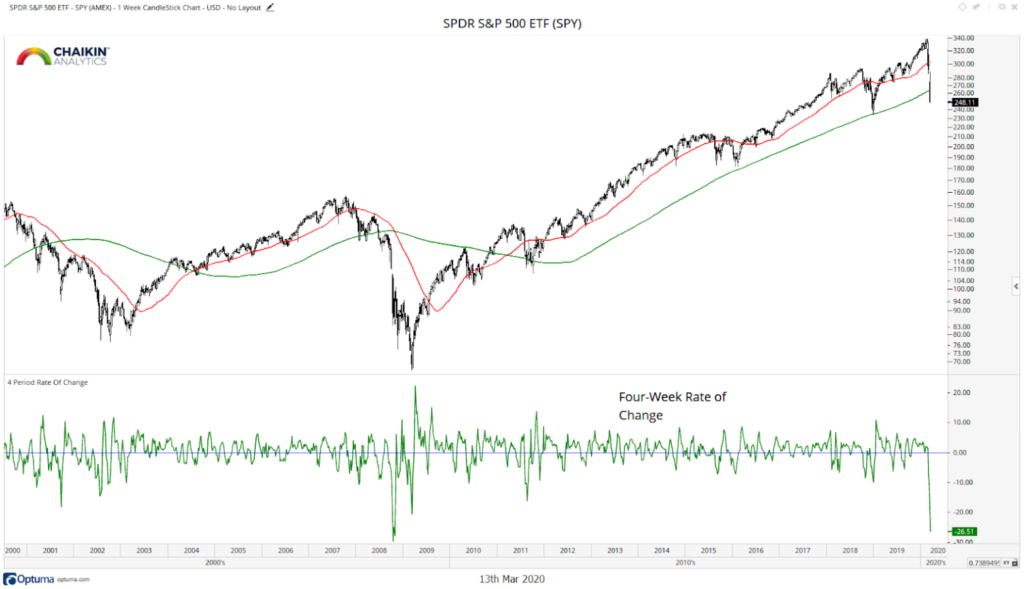 S&P futures are up 4.2% after US equities sold off on Thursday with the Dow and S&P suffering their biggest one-day declines since October 1987. Asian equities were mostly lower overnight but closed off the lows of the session. European markets are moving higher. Treasuries are mixed with the curve steepening. The dollar is up vs the yen but little changed on the euro cross. Gold is off 0.3%. WTI Crude is up over 5.0%.

The relationship between high yield bonds (HYG) and intermediate term treasuries (IEF) speaks to the extreme fear that we have seen in the market over the past two weeks. The ratio is extremely extended below the 200-day moving average and has broken below the lows from 2015. The RSI is in an oversold position, confirming the weakness in the price trend. 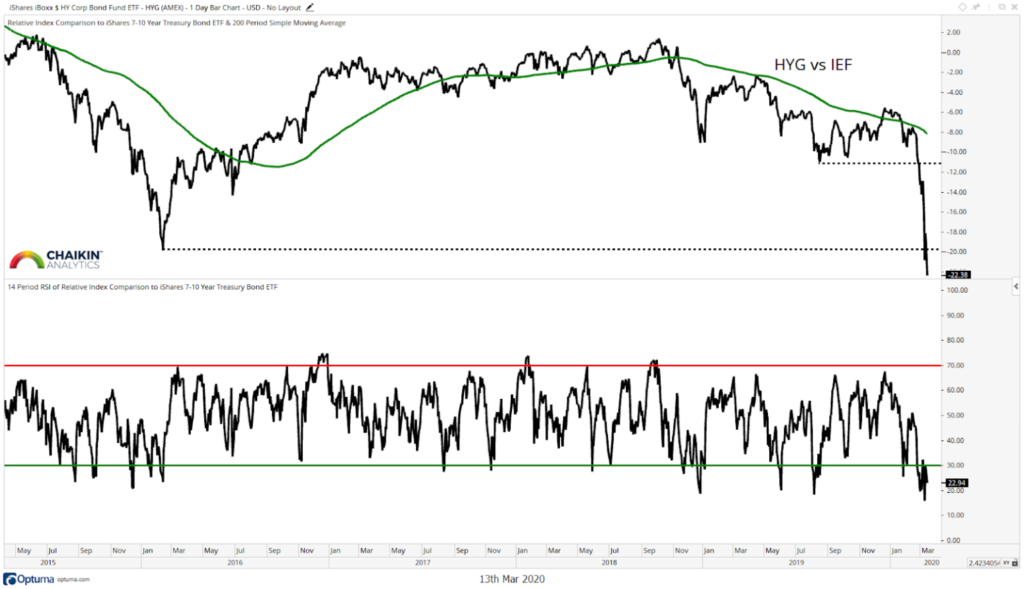 Give Chaikin Analytics A Try!