Which came first: the chicken or the egg? The question is perplexing, and I don’t believe anyone has successfully proven what the correct answer is. In January of this year, Forbes weighed in with an answer here (hint: it won’t satisfy you).

Turning to the world of finance, do bear markets pre-date recessions or do recessions trigger bear markets? If you believe the smartest analysts, they would tell you that the equity market is forward looking, and will predict when an  upcoming recession is about to hit.

There are a couple of timing notes of interest: A recession is called a recession when there are two consecutive quarters of Gross Domestic Product (GDP) that show negative growth. There is a group of economists in the National Bureau of Economic Research, who ultimately make the call. They will pinpoint the date that the economy actually fell into recession, and mark it for historical accuracy. Of note, it is most likely well past half a year of recession before anyone actually calls it a recession (those crazy economists!).

A bear market has a little more immediacy to it. Once a market plummets 20% from its previous high and remains below that level for 60 days, it is a bear market. There is no official body that declares the bear market, it is just commonly known. However, you probably are 3 months into a bear market before it is officially called a bear market.

So with those caveats, lets go to the S&P 500 chart. For convenience, I have painted on recession bars so that you can compare the timing of a market drop. 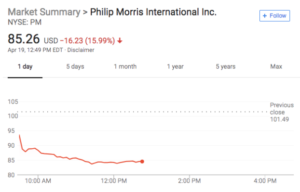 The table below highlights how many recessions were preceded by a drop in the markets.

So while it is not a perfect gauge, recessions were preceded by the market 7 out of 10 times. As you can see from the chart, it has been a long time since we have either had a bear market or a recession. But right now, the markets are not flashing a warning sign for recession . . . yet!

It definitely is worth watching the market for the next couple of months, but with companies reporting robust earnings, and the estimates increasing, the fundamentals are pretty good. We can probably take a deep breath and start worrying about the chicken and egg question again. I am pretty convinced the egg came first.