US equities finished higher in Thursday trading and closed near the best levels of the day. Energy, Health Care and Consumer Staples outperformed. Consumer Discretionary lagged, though all sectors finished higher on the day. Treasuries were mixed with the curve flattening. The dollar rallied vs the euro and the yen. Gold finished up 2.9%. WTI Crude settled up 24.7%.

The SPDR S&P 500 ETF (SPY) continues with a Neutral + Chaikin Power Gauge ETF Rating and remains an outperformer relative to the IWV (Russell 3000 ETF). From a price perspective, ignoring the day-to-day gyrations in a market where the VIX is above 50, we can see SPY is stuck between support near $230 and resistance near $265. At current levels, that leaves ~13 points of upside for 22 points of downside. At the same time, the OB / OS Indicator is overbought and Chaikin Money Flow is bearish. The declining long-term trend line is near the $300 mark. 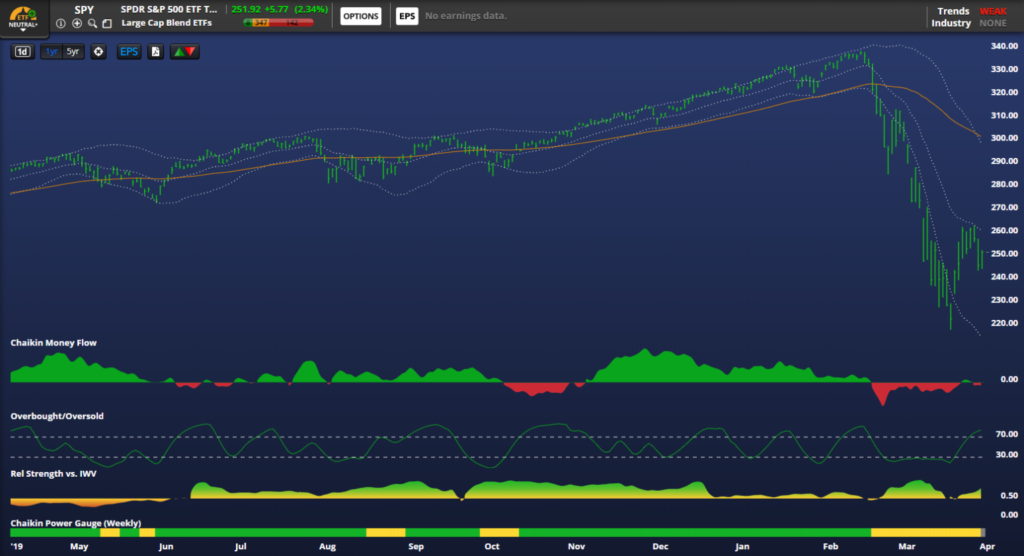 S&P futures are down 1.1% in Friday morning trading. Asian markets were mostly lower overnight and European markets are trading lower as well. Treasuries are unchanged to slightly stronger. The dollar is seeing good gains on the major crosses. Gold is down 0.5%. WTI Crude is up 2.5% after rallying ~25% yesterday.

The relationship between high yield bonds (HYG) and intermediate term treasuries (IEF) continues to trade below the 200-day moving average and the 2016 lows. The RSI is no longer oversold but continues to trade in bearish ranges. 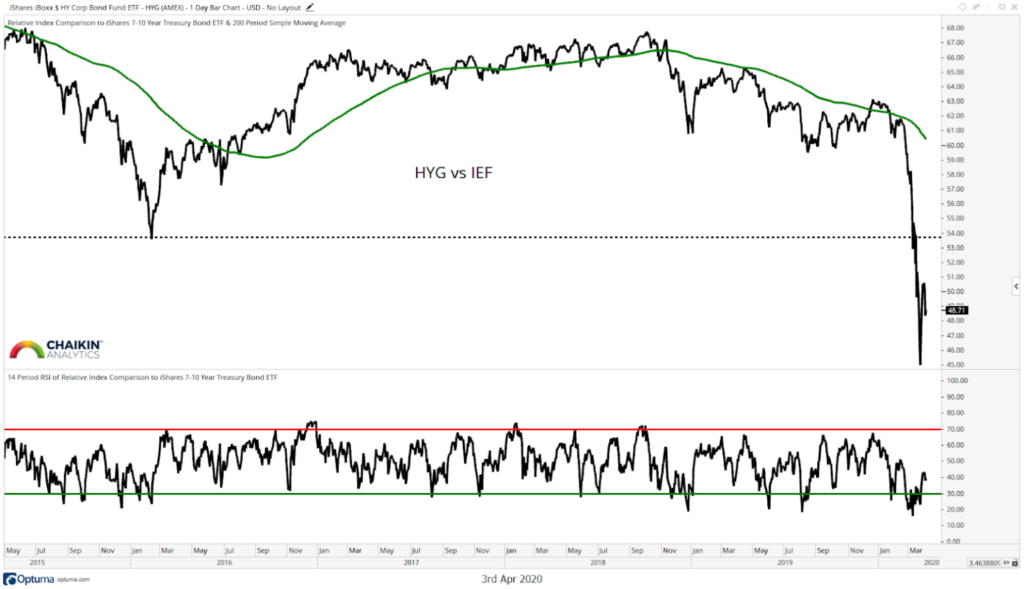 Small Caps Relative to the S&P 500

The iShares Russell 2000 ETF (IWM) is fading once again relative to the S&P 500 as it trades below the declining 200-day moving average and the 2015 lows. The RSI of the ratio has exitied a deeply oversold position but remains in bearish ranges.