US equities were lower in Wednesday trading, undercutting Monday’s low and now trade in bear market territory. It took only 19 days for the Dow Jones Industrial Average to move from new highs to a bear market, the fastest pace ever. Industrials, Financials and Energy were the worst performers. Health Care outperformed but still fell by almost 4%.  Treasuries were mostly weaker with the curve steepening. The dollar was weaker vs yen and stronger on the euro cross. Gold closed down 1.1%. WTI crude finished down 4%.

Looking at key retracement levels from the 2015 lows to the highs reached last month, we can see that the 38.2% level has already been breached. Pre-market trading now has the index trading near the 50% retracement level. Beyond that, 2,414 marks the level that would be 61.8% retracement. 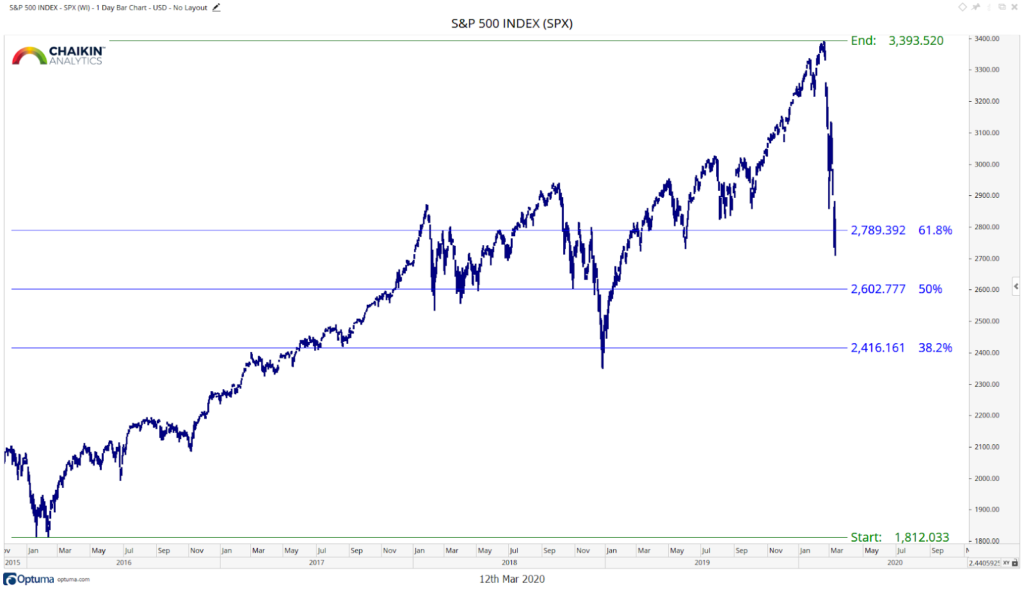 S&P futures are down 4.3%, under intense pressure once again. Asian markets were sharply lower overnight. European markets are also under pressure. Treasuries are rallying across the curve after falling yesterday. The dollar is weaker on the yen cross but stronger vs the euro and sterling. Gold is slightly weaker. WTI crude is down 4.9% and down nearly 25% this week.

Bright spots are hard to find in the current market but Activision Blizzard (ATVI) can be described as one. The stock has a Bullish Chaikin Power Gauge Rating and has seen its relative strength improve of late. The OB / OS Indicator is moving higher from an oversold position and Chaikin Money Flow is bullish. ATVI is above the rising long-term trend line and above $53.05, the stock is likely to continue to lead. 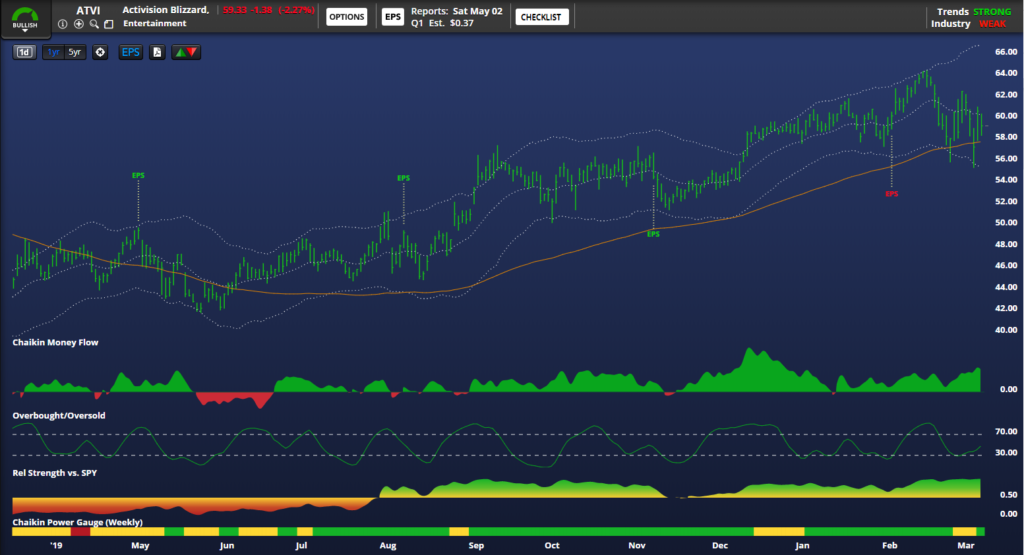 Takeaway: The breadth metrics that we track remain under pressure and at levels that indicate that we have not seen a decrease in selling pressure for the overall equity market. In order to see signs that selling pressure is abating, we want to see these metrics make higher lows as as the market makes new lows or tests previous lows. So far that has not been the case.

Give Chaikin Analytics A Try!