As investors, we spend a lot of time trying to figure out what to buy. I hear the question all the time. “Dan, is now the time to buy AAPL?” “Dan, software is strong, is there a good ETF to take advantage of that trend?” While these are legitimate questions and we should spend time doing research and making sure that we are buying stocks or ETFs that are likely to perform well on an absolute and relative basis, I am almost never asked about managing risk.

I would argue that risk management is equally as important as, if not more important than, deciding which stock or ETF to buy. Risk management prevents small losses from turning into large loss. It prevents “trades” from becoming “investments.” Most investors have limited resources when it comes to their trading and investment accounts. When capital is tied up in a losing trade, it can’t be put to work in other trades that have a greater probability of being winners. This is what is known as opportunity cost.

My last two posts have highlighted a simple process for finding stock ideas and provided a checklist that an investor can use before entering a position. Assuming that you have followed this process (or one that you have developed on your own) and  the stock has a solid probability of outperforming based on the weight of the evidence on the checklist, what do you do after you enter the trade? Do you “set it and forget?” Not a great idea. A better question is at what price will you exit this trade if it goes against you? Have you asked yourself this question BEFORE entering the trade? You would be surprised to learn that many investors can’t answer this question. Every trading day in my note to clients at Chaikin Analytics, I provide a stock idea. And everyday in that note I set a price that if broken, the idea is no longer valid. 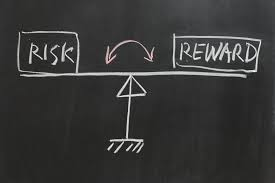 The simple fact of the matter is that investing and trading is about probabilities. Presumably your process has been proven to put the odds in your favor over time but on any given individual trade there is a nontrivial chance that it will be a loser. You are not going to be right 100% of the time. The key is to keep your losses small when you are wrong.

The way that traders and investors do this is with something known as a “stop loss.” According to Investopedia, A stop-loss order is an order placed with a broker to sell a security when it reaches a certain price. Stop-loss orders are designed to limit an investor’s loss on a position in a security. Although most investors associate a stop-loss order with a long position, it can also protect a short position, in which case the security gets bought if it trades above a defined price.

A stop loss is simply a predetermined level (you don’t necessarily have to place an order with your broker) where an investor admits that they are wrong on this trade and exits the position, preserving capital for other opportunities that meet the investor’s process.

Sounds simple, right? In theory it is. In practice it is much more difficult. Why? First, we are humans and we have something called an ego. Selling a stock or ETF at a loss is an admission that we were wrong. Admitting we are wrong hurts our egos. Think about how hard it is to apologize to someone you have hurt. But as it was put to me once, “it’s ok to be wrong, it’s not ok to stay wrong.” The best investors have an ability to check their ego at the door because they know that there are times when they are going to be wrong. Call it a cost of doing business.

The other reason that taking a loss is difficult is a phenomenon that is known in behavioral finance circles as the endowment effect. According to Daniel Kahneman, a Nobel Prize winner, it is a bias that occurs when we overvalue something that we own, regardless of its objective market value. Once we own something, we instinctively want to be paid more to sell it. Here’s the catch, we don’t set the price…the market does!

My take on it is this. You can always get back into a trade if it meets your criteria for entry based on your process. But it is often easier to make this decision with a clear head. When we are in a losing trade, it is more difficult to think clearly and objectively about said trade. In my experience, it is better to take the loss and then go back to the process. The key is to make taking the loss part of the process. Then it is no longer an emotional decision that involves beating yourself up as you are making it. We have zero control over what the market is going to do after entering a trade but we do control how we react. There is always a price that says you are wrong. Knowing what that price is in advance minimizes our emotions when that price is reached.

Do you set a stop loss before entering a trade? Let us know in the comments section.