Interest rates have been going down — that means fixed income prices should be going up. But even when rates rise, fixed income is supposed to be the stable asset class. So why is the Pimco Enhance Short Maturity Active ETF (MINT), which has negligible credit or term risk, trading 4% below its March 2, 2020 close? iShares Core US Aggregate Bond ETF (AGG) bounced off its low and is now 2.6% below its March 2nd, level, but it had in recent days had fallen to 8.8% below where it started the month. The iShares iBoxx $ High Yield US Corporate Bond ETF is nearly 20% below its March 2nd close. Quick declines like these are passé in the equity market, but in the context of fixed income, the relatively stable asset class, these are downright frightening. There are some bread-and-butter economic factors at work here, but much stems from what are known as ETF “creation units.”

Introducing The ETF, Otherwise Known As The CEF-Done-Right

Did you ever wonder why ETFs, unlike Closed End Funds (CEFs), always trade very close to asset value, so much so that the differences between ETF share prices and Net Asset Values (NAVs) are barely noticeable to the ordinary investor? You’d think they’d be the same. Both are corporations whose business involves ownership and management of an investment portfolio. Shares of ETFs and CEFs are among the kinds of stocks that trade with reference to asset values; others include REITs, energy stocks and mining stocks (value of reserves). The mechanism that keeps stock prices close to NAV, something ETFs have but CEFs lack, boils down to two words: creation units.

Creation units have always been right under your nose, but unless you’re an associate in a large law firm being paid ridiculous amounts of money to read (or in their cases, even worse, write and proofread) that deeply into the prospectus, you’ve probably never noticed them. I can’t explain why I know about them — maybe my wife is right when she tells me I should see a shrink.

If you are interested in the iShare iBoxx High Yield Corporate Bond ETF (HYG) and are nerdy enough or compelled as part of your employment to find your way on page 26 of the Prospectus, you’ll see this:

Creations and Redemptions. Prior to trading in the secondary market, shares of the Fund are “created” at NAV by market makers, large investors and institutions only in block-size Creation Units of 100,000 shares or multiples thereof. Each “creator” or authorized participant (an “Authorized Participant”) has entered into an agreement with the Fund’s distributor, BlackRock Investments, LLC (the “Distributor”), an affiliate of BFA.

A creation transaction, which is subject to acceptance by the Distributor and the Fund, generally takes place when an Authorized Participant deposits into the Fund a designated portfolio of securities (including any portion of such securities for which cash may be substituted) (“Deposit Securities”) and a specified amount of cash approximating the holdings of the Fund in exchange for a specified number of Creation Units. The composition of such portfolio generally corresponds pro rata to the holdings of the Fund. Creation baskets will generally correspond to the price and yield performance of the Fund. The Fund may, in certain circumstances, offer Creation Units partially or solely for cash.

For those who need an English translation, an institutional investor puts together a portfolio of securities that exactly matches the one the ETF is to hold and “contributes” it to the ETF in return, not for shares but for a special thing called creation units. The other side of this coin is that this institution can tender those creation units back to the ETF and receive back the basket of assets it initially contributed.

Now, here’s why ETFs trade at or near asset value: Suppose ETF shares trade at 10 percent discounts to NAV. Holders of creation units will redeem faster than you can say ___ (its blank because you won’t have time to say anything), with the creation units valued at NAV (i.e., the 10 percent discount), and then quickly sell the assets they got back from the ETF at market prices. The result; a stupendous windfall arbitrage profit. (The mirror image of all this happens if the ETF trades at a meaningful premium to NAV.) In the real world, arbitragers do what they do with far tighter spreads than the 10 percentI hypothesized here. Indeed, this of arbitrage-loving creation-unit community (“Authorized Participants”), governed by Economics 101 supply-and-demand, contribute and redeem until the wayward ETF prices realign with asset values, thus keeping the market prices of ETF shares closely tethered to NAV. 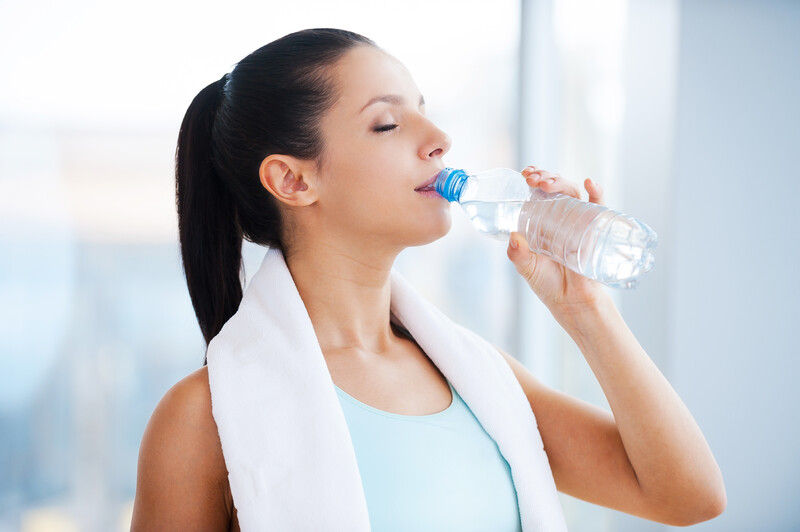 It usually does in stocks (this is why stock ETFs labeled micro-cap tend to hold much larger issues than you likely would if you buy individual micro-cap stock for your own account, and why you don’t see ETFs for penny stocks). It also works pretty well for Treasury Fixed Income ETFs; Treasury is liquidity-central when it comes to the world of fixed income.

Corporate and Muni fixed income is another story. They’re illiquid. Period. End of discussion. It just is — even for investment grade, and so much the more so for junk (high yield).

This operates as a double whammy nowadays. We already know about what is, in essence, the planned recession (and hopefully not depression) the world tries to socially distances coronavirus down to manageable levels. Recessions and depressions impact profits and that impacts creditworthiness. Given that this is a planned recession and the apparent rediscovery of fiscal stimulus, I do not believe credit problems will be more than a temporary phenomenon except, perhaps, in the junkiest parts of the junk bond area (muni and corporate). But i think investors get this and aren’t being shocked to see this impacting fixed-income ETF prices.

The shocker is what’s happening with creation unit redemptions. Those are causing liquidity problems. 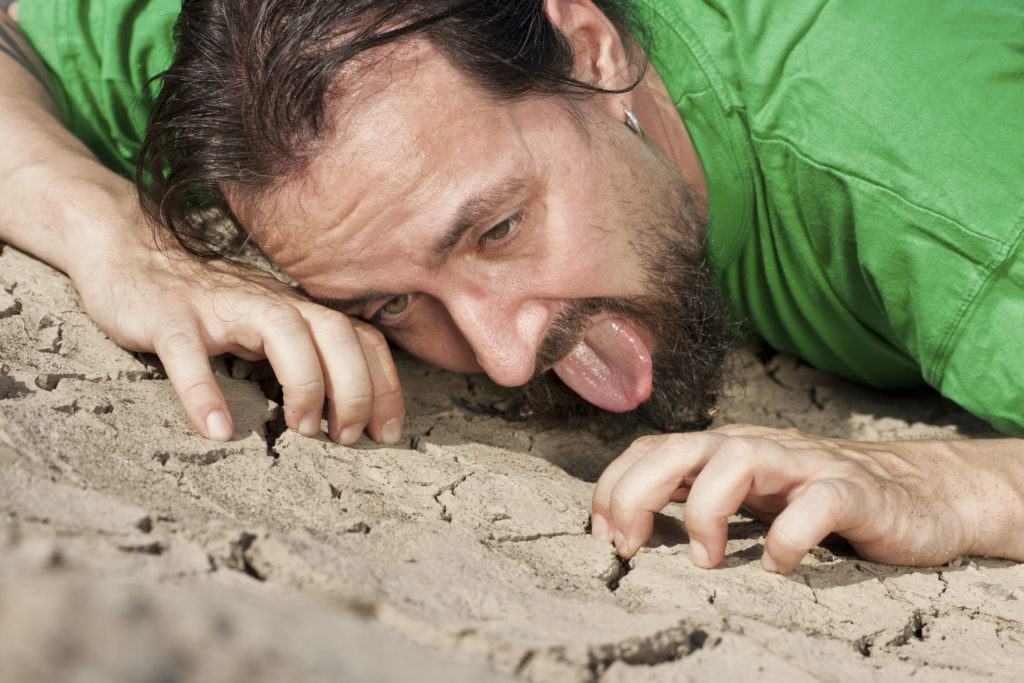 Corporate and muni bonds don’t trade every day — even in the best of times. (Many kinds of institutional investors aim to hold till maturity). So buyers of corporate or muni bonds often think, not so much in the names, but in the characteristics; yield to worst (which is yield to maturity or yield to call), duration assuming maturity, call period, credit quality, etc.

Yet fixed income mutual funds, CEFs and ETFs have NAV prices published every day. If most of these bonds aren’t trading, where do the prices come from.

They are estimated. Back when I managed a junk bond fund, we used outside consultants known as pricing services. Some operate by communicating with trading desks for opinions regarding where they thought an issue would trade (these aren’t pulled out of the wind; the traders knew actual prices of traded bonds that had various characteristics and based their answers on comps). Others are priced based on matrix, which are mathematical algorithms that do faster, more precise comp analysis. (I’m guessing that the latter is more prevalent today.) Details aside, one thing is clear across the board. Fixed income NAVs are not based on market data. They’re based on analytic opinion, which like all opinion, could be right or could be wrong.

So here’s the problem: When creation units associated with fixed-income ETFs are tendered for redemption, pricing algorithms go out the window. ETFs must sell positions to raise cash to meet the redemptions. And selling illiquid positions means . . . you guessed it . . . realized prices far below those forecasted by the algorithms used to compute NAVs. That’s why the NAVs (and stock prices) of fixed-income ETFs plummeted far beyond what would have been suggested by credit risk alone.

What About Treasuries: They’re Liquid But Also Getting Hammered

For example, the iShares 20+ Year Treasury ETF (TLT) bottomed at 11% below its March 2nd level and is now showing a loss of 5.5%

This is a different, easier to understand but no less painful, story: supply and demand. It’s selling pressure from investors seeking to raise cash quickly and uneventfully (so they had hoped). Shorter-term Treasury ETFs have likewise been bumpier than usual.

There is one other thing going on that will require much discussion in the near future. We know monetary policy has exhausted itself by driving interest rates to near zero. Like it or not, we’re in the process of re-discovering the long lost art of fiscal policy, so deficits, inflation and higher interest rates may well become the new (or for older folks like me, renewed) normal.